I’ve been a little remiss in documenting some of my finished knitting, just in case it seems like I knit all the time without ever actually completing anything. (It does feel that way sometime!)

In no particular order, let’s start with Miss C in her Abate sweater. I made it in Rain City Knits Yarn, which is this fabulous neon coloured yarn. This particular one has been discontinued, though I still, happily, have another skein. The colour way, “Graffiti” (still available in other Rain City yarns, I think!) makes me think of candies and cupcakes. It was hard to get the colour right on that photo – the green tub and neon yarn seemed to confuse the white balance settings on my camera. I made this with B in mind, although they mostly share clothes. But B was not in a modelling mood. 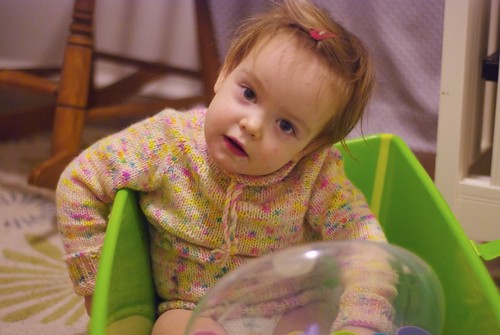 Next up, an Owl I knit for P, as owls are a bit of theme at P’s school. There was also a Bunny for M, but the photo was blurry, so we’ll save that for another time. Both were made in Cascade 220 and used less than a skein. The patterns (free on Purl Soho’s site) were designed for bulky wool but they worked out nicely in a smaller weight. The Owl was made with leftovers from my Frosted Alpine Hat actually, which was yet to be properly photographed. Hopefully Miss M didn’t lose it before I could take a proper picture. 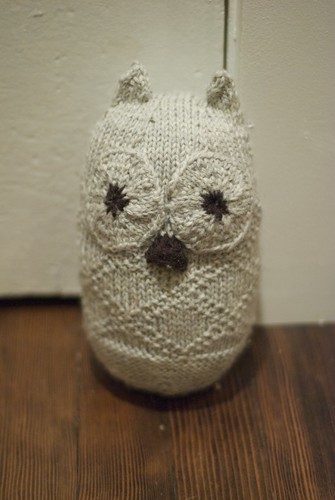 And last, but not least, Coda! I finished this sweater before Christmas and have been wearing it quite a lot. Brooklyn Tweed seems a bit scratchy when you work with it, but I find it very soft and wearable next to the skin. I love this colour (Camper) too. 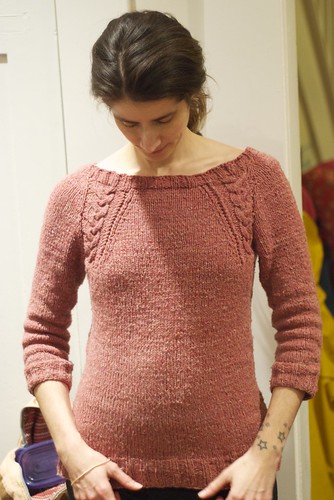